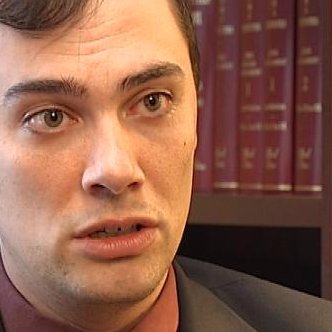 The New Ideology of the Legislature

I will detail here the chain of events that transformed what I initially believed could be the best session of my eleven years into the worst of them.

First, state government had driven up total state spending to what appears to be a record high at just under 19 billion dollars, even as a predictable and cyclical energy sector stagnation put the state under tremendous pressure to reduce spending.

The past two legislatures responded to the pressure not by focusing on spending reduction and new efficiencies, but by utilizing a gimmicky system of deficit spending and issuing toxic amounts of long-term debt. This built a year-to-year deficit of about 600 million dollars, a deficit which provided this year’s Legislature with an excellent excuse for taking on the politically sacred cows of inappropriate and wasteful government spending.

Secondly, a new generation of elected officials came to power in the House. This year was the demarcation point separating two generations of Republican leaders. Over the years I had optimistically speculated on the amazing potential of the second generation of leadership who did not have a linear tie to the corrupt culture of Oklahoma’s past nor to the responsibility of overseeing the massive spending of the past few years.

As the legislative year commenced I saw evidence to justify optimism. Specifically, the new appropriations officials seemed to realize the extent of the ineffectiveness of the appropriations process.

Prior to session, they conducted meaningful oversight and almost extensive budget hearings. These hearings were conducted in a way that let oversight officials get past the political grandstanding and agency pandering that dominated and monopolized much of the brief budget hearings of past sessions.

As an example, those who carefully observed the oversight hearing of the Department of Education could have picked up on a stunning fact; per pupil expenditures were increasing and have reached an all time high. They are not decreasing, as most members of the public and even legislators believed.

The careful observer was also struck with the thinness of the Education Department’s measurable outcome metrics. It seemed clear that education officials were struggling to show even the most minor improvements in education outcomes.

This enticed serious-minded legislators to ask: “If we are spending more money per pupil, why are Oklahoma’s measurable common education outcomes not increasing? Where is the money going if it isn’t resulting in better outcomes?”

The fallout from the hearing lit up the House email accounts in a way that I have not seen before. House education officials began dispensing an array of education funding documents. These appeared to prompt an ensuing dialogue that for the first time in my time in the Legislature indicated that all House members were becoming empowered through a real and meaningful discourse befitting of those who have been entrusted with oversight of the public monies.

The legislative session was off to an encouraging start and I felt that my optimism regarding the new leadership had been confirmed.

House officials took a significant step toward devolving the power of the Speaker of the House; they created a committee that appeared to have purview over the spending of the House monies that had in the past been spent at the sole discretion of the Speaker.

They also started releasing a daily floor consideration schedule. This document included a legislation list that House members could expect to vote on each day. As remarkable as it may seem, state representatives have historically voted on legislative matters with no officially set schedule. And that’s still the case, but the floor consideration schedule provided a first step toward a potentially important transparency reform: a schedule that informs the public when items of legislation will come before the House.

During the initial and middle stages of the session, appropriations officials continued to show their recognition of the broken budget making system.

The budget process in Oklahoma always been an atrocious system that provides the average legislator with minimal to no meaningful oversight. Agency officials appear before the oversight committees for a few minutes each year. Once the agency’s talking points have been proffered, there isn’t much time remaining for oversight – not that it matters, because legislators do not have the documents nor the knowledge to ask meaningful questions.

Legislators are routinely provided with high-level historical appropriation, revenue and spending breakdowns, but little meaningful documentation to show where the money actually goes once it has been appropriated. Even those who write the appropriations bills have limited access to or understanding of how to find granular-level agency spend data.

The additional hearings could provide the opportunity for budget process reform – a budget process that for the first time in recent history would enable legislators to get past the agency talking points and drill down to the specifics of agency spending.

In response to the directive, some of us on our appropriations sub-committees worked with our chairmen to generate a list of the documents that our sub-committee could use to provide this oversight. This included an array of documents and fiscal facts that I would suggest 95% of legislators – including legislative leaders – have never seen before.

We were ready to do our job and provide real oversight. Sadly, it would never happen.

In February, as the legislative session officially commenced, the Governor gave her State of the State address. She called for a series of tax increases and established the narrative for the legislative session. The Governor demonstrated savvy political sophistication and a modicum of Republican brand awareness by cloaking the increases inside an omnibus tax restructuring package that also contained a series of tax eliminations and decreases. Any observant listener could sense the actual bottom line of the Governor’s proposal: the increases outweighed the decreases.

Over the next four months, the tax increase narrative grew into a full-fledged obsession, a rabid ideology that eventually consumed the energy of the Legislature and destroyed the potential for budget and process reform. It culminated in a catastrophic process outcome and a policy disaster of epic proportion that, unless reversed by the courts, could haunt Oklahomans for many years to come.

Sure enough, House appropriations personnel quickly dispensed with any notion of comprehensive tax policy restructuring and began pushing the new ideology of tax increases at all costs.

I believe that those who were pushing this new ideology were doing so out of fear. They probably had little faith in the Legislature’s ability to cut spending. The budget process is completely dysfunctional with little in the way of meaningful oversight, and House members have notoriously caved to special and government interests. Even at a time when spending significantly outpaces revenue, it was too optimistic to suggest that House members would become courageous this year.

It turned out to be easier to use the Governor’s challenge to convince House members to increase taxes than to reform the badly broken budget process and ask House members to stand up to the political sacred cows of government spend.

Political leadership knows that no new ideology can take root until it converts to itself an army of ideologues.

This was going to be a tricky task because many of the new recruits to this new socialist ideology had probably campaigned for election on a platform of free market conservatism. Their campaigns had likely flooded constituent mailboxes with glossy mailers upon which was prominently featured the customary and perfunctory Ronald Reagan quote such as, "The problem is not that people are taxed too little, the problem is that government spends too much!"

Getting these legislators to betray their values and their verbal commitment to their constituencies would take effort, but it was still viewed as easier than asking them to cut government spend of the public money.

Until the time of the Governor’s speech, I hadn’t detected any special predisposition to the tax increases.

After the Governor’s speech, however, House appropriations leaders had been empowered with the following formidable argument: “We can’t focus on reducing government spend because the Governor and the Senate won’t allow it.”

Many legislators who were inclined to follow their values (and the Constitution and its prohibition on majority-vote tax increases) were put into a box. Either they join the new ideology and betray their values, or the state appropriations bill would be vetoed and a special session required.

At the end of session, the legislators succumbed to the “tax increase at all costs” ideology and passed the legislation, thereby daring the Courts to rightly declare their tax raises as unconstitutional and force a special legislative session. They are counting on the public to blame the courts for causing the special session.

I am concerned about the long-term effects on those legislators who converted to the new ideology. Although they have returned to the real world and are far away from the capitol bubble, it’s extremely difficult to recover from a four-month session of brainwashing and the insufferable, torturous drumbeat of those who led the movement to increase taxes. The legislators who refuse to come to terms with their conversion will likely become very unfriendly to the values of small government in the future.

State Representative Jason Murphey (R-Guthrie) represents House District 31. He may be reached via e-mail at: Jason.Murphey@hd31.org

Jason Murphey was a member of Oklahoma House of Representatives and was term-limited in 2018. He scored a perfect 100% score on the Oklahoma Conservative Index for each of 12 years he served.

My Criteria for Voting on Legislative Proposals

The Need to Transform the Legislative Process

No to Gas Tax Increase

My Case for Budget Reform

The Next Abandonment of Principle 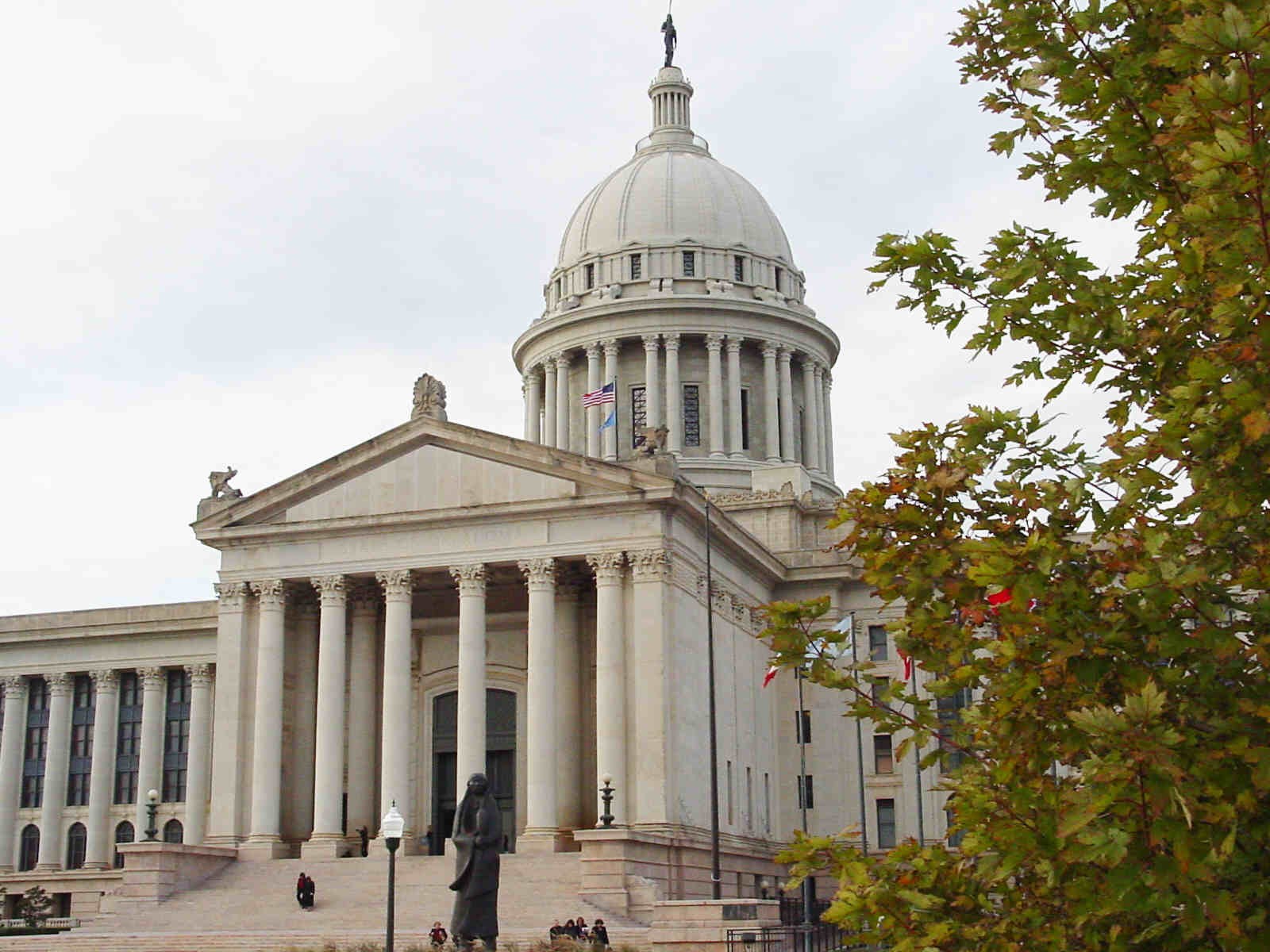