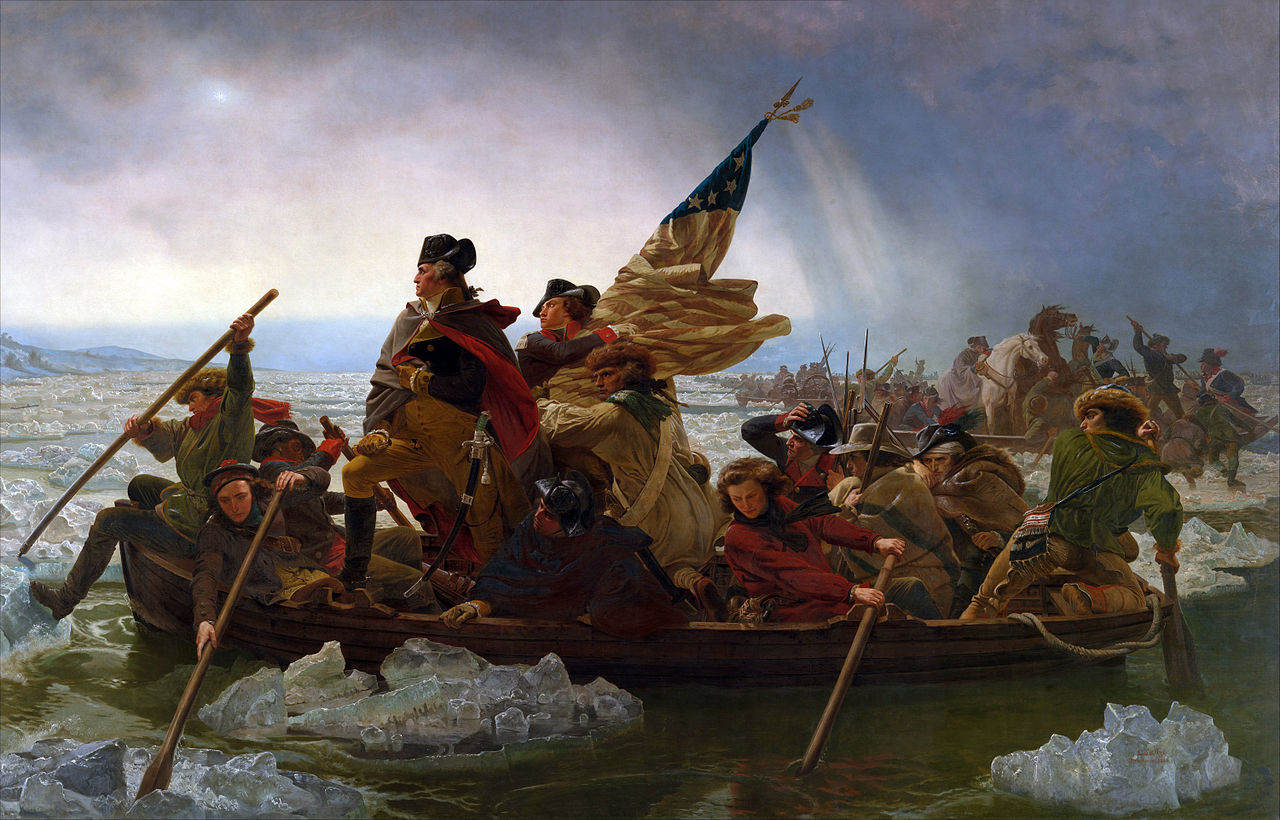 America Founded on Christianty, Not the Enlightenment

Was America founded on European Enlightenment thinking as some persons claim? Timothy Sandefur in National Review (12-9-19) reviewed America’s Revolutionary Mind: A Moral History of the American Revolution and the Declaration That Defined It, by C. Bradley Thompson. However, Sandefur failed to report that Thompson claims America is a product of the Enlightenment. This is important since it is not true.

Thompson wrongly asserts that “(t)he American Revolution and the Declaration that expressed it were the existential embodiment of the Enlightenment’s highest ideals.” According to Thompson, reason alone ruled the day prior to the American Revolution which he falsely says was “a revolution by reasoning.” “Virtually all Enlightenment thinkers,” Thompson said, “supported the idea that reason was efficacious and that it was man’s only means of acquiring knowledge.”

Nevertheless, Thompson incredibly asserts that “when Jefferson wrote of “Nature’s God” (in the Declaration) he almost certainly meant the impersonal, far-removed, deistic God that set the world in motion according to the laws that were meant to govern in his absence.” He contended that the Declaration’s God is not the God of the Old Testament or New Testament. Jefferson’s God is posited but not known.

It is astounding that Mr. Thompson would make such an assertion with nothing more than pure speculation in support. Moreover, it is clearly contrary to other actions by Jefferson where he appealed not to a Deistic God, but the God of both the Old and New Testaments. In both of his Inaugural Addresses, Jefferson appealed not to an absentee, deistic God, but to the God of the Bible for his blessings and assistance in Jefferson’s presidencies.

While Jefferson was not an evangelical, Trinitarian Christian, he stated “I am a Christian…attached” to the doctrines of Jesus whose system of morality was to Jefferson the purest one of all. Jefferson railed against the abuses of organized religion, but not against Christian principles. He believed the moral principles found in the four gospels should be the guide of every man’s life. Moreover, Jefferson referred to God four times in the Declaration, including as “Creator.”

Gary T. Amos has shown that the alleged American Enlightenment is a myth. Mr. Amos wrote a book entitled Defending the Declaration: How the Bible and Christianity Influenced the Writing of the Declaration of Independence. This book is a treasure trove as to revolutionary thinking and the wisdom of the Founding generation. Mr. Amos documents that the sub-title to his book is truly based on historical truth. He said: “The Declaration was not the bastard offspring of anti-Christian deism or Enlightenment rationalism,” but its ideas “are Christian” even though some of the men who wrote them were not.

James Madison and Thomas Jefferson have shown how important the Declaration is to America’s founding. Madison called the Declaration “the fundamental act of union.” Jefferson said the Declaration was “the expression of the American mind.” Mr. Amos shows that mind was not based on Enlightenment thinking as Mr. Thompson asserts, but was based on the Bible and Christianity.

Mr. Thompson cites John Adams frequently in his book’s beginning as if to imply that Adams was on board with Mr. Thonpson’s allegations as to Enlightenment and Deistic influence on Americans’ thinking in the founding period. Yet, Thompson never quotes Adams as supporting his theses since Adams did not. To the contrary, Adams stated that the American Revolution was fought and won not on Enlightenment principles, but on “the principles of the Christian religion.” He also wrote in his diary “that a nation that took the Bible for its law book would be the best of nations.”

If, assuming arguendo, Enlightenment thinking was as dominant as Thompson asserts, how does it compare with other philosophies and beliefs of the founding period. John Eidsmoe, in Christianity and the Constitution: The Faith of Our Founding Fathers, cites a very credible study by Professors Donald Lutz and Charles Hyneman of 15,000 items containing explicitly political content published in America between 1760 and 1805. The source most often cited by the Founding Fathers was the Bible, which accounted for 34% of all citations. The Enlightenment was second with 22%.

Thompson states that “America’s revolutionary mind is virtually synonymous with John Locke’s mind” who had great influence on the Founding Fathers. According to Thompson, Locke was “one of the Enlightenment’s great advocates of reason and its rule in human affairs.” However, the same study cited above by Mr. Eidsmoe revealed that Montesquieu and Sir Wm. Blackstone, not Locke, were the two most read individuals of the founding period. Locke was third. Neither Montesquieu or Blackstone were Enlightenment thinkers, but very strong Christians governed by God’s laws. Ironically, so was Locke.

Locke was no deist, but was a devout Christian born into a Christian family and educated by Calvinist institutions. He utilized both reason and faith in his decisions and placed a higher value on human reason than most orthodox Christians. Locke used his powers of reason to arrive at Christian truths. He rejected Divine right as to monarchy because “no law of Nature or positive law of God” existed to make one man inherently superior to another man.

Historian Carl Bridenbaugh, in Mitre and Septre: Transatlantic Fait Personalities and Politics (1928), has shown that “the most enduring and absorbing public question (in America) from 1689 to 1776 was religion. Religion exceeded other topics, including politics in the newspaper stories of this era because the Colonists hard-earned religious freedom was being threatened. Colonists’ feared that an American Episcopate – or worse – the Church of England would be forced on the colonies. John Adams cited the latter as responsible for “as much as any other cause the War for Independence.”

Alice Baldwin, in her The New England Clergy and the American Revolution (1928), wrote that eighty-five years prior to the War for Independence, the clergy instilled into the minds of the Colonists the vital connection between the Law of God as revealed in the Bible and the Law of Nature, which were virtually one and the same in the minds of the people. Baldwin reports the clergy preached in election sermon after election sermon that God and Christ’s laws did not concern religious matters alone but also affected politics and government.

Harvard Historian Perry Miller asserted: pure rationalism might have declared the independence of the American people, “but it would never have inspired them to fight for it.”

Andrew Sandlin, in Make Christianity Great Again (2019), states that the Enlightenment “suffocated Christendom.” He states: “The earliest and most violent public exhibition of this suffocation was the French Revolution” which with its guillotine has been the mother of all violent and secular revolutions.

The Declaration’s first paragraph states the Laws of Nature and of Nature’s God entitled America to separate from Great Britain and become a nation. Amos states: when Jefferson wrote this phrase, he had in mind Locke’s Second Treatise on Government and that the phrase means “God’s law revealed through nature and His moral law revealed in the Bible.”

Mr. Thompson states: The law of nature is the law of reason and should be defined as synonymous with man’s reason or as a dictate of “right reason.” This actually makes man the ultimate lawgiver. While man errs in his lawmaking, God does not. (Deut. 4:8).

Mr. Amos states the law of Nature is “a legal phrase for God’s laws revealed in the Bible.” Amos shows that Americans did not borrow law theory from deists or Enlightenment rationalists so as to make America a secular nation, but relied on a Christian theory of law that had been part of the English Common Law for centuries before deism.

The great Common Law writer Sir Edward Coke traced the phrase “law of nature” to the Christian Scriptures. Lord Coke, who was studied diligently by Thomas Jefferson, used the term “Law of Nature,” supported by Scriptural citations at least 50 years before the start of the Enlightenment, and 100 years before the spread of Deism. Moreover, Mr. Amos states the law of nature idea was central to Puritan thinking and was integrated into the whole scheme of Christian theology.

The views of Justice Joseph Story, the greatest scholar ever sit on the U.S. Supreme Court, are very similar to those of Lord Coke and Mr. Blackstone. He said the laws of nature stood “supported and illustrated by revelation….” Story said “Christianity becomes not merely an auxiliary, but a guide, to the law of nature; establishing its conclusions, removing its doubts, and evaluating its precepts.”

Amos states that John Locke addressed the issue of God as Supreme Judge in his Second Treatise by drawing his theory of revolution from Judges 11:27 where Jephthah sought God’s help to lead Israel to victory over the Ammonites and referred to “the Lord the Judge.” Jefferson again referred to Locke’s Second Treatise in using the words “Supreme Judge” in the Declaration. Samuel Rutherford’s Lex Rex (1644), written to refute the Divine right of Kings (along with other Puritan writers), referred to God as “Supreme Judge” tracking Gen. 18:25: “God is the judge of the whole earth.” Locke believed property rights were natural rights.

Mr. Sandefur has cited the merits of Mr. Thompson’s book. This article is meant to show how the latter misfired as to the matters herein.

Bill Graves is both a former Oklahoma State Legislator and District Judge.

Bill Graves is a former State Representative and is currently a District Judge in Oklahoma City.

The First of the Best Guides to Understanding the Constitution

The True Meaning of the Constitutions Cruel & Unusual Punishment Clause

Historical and Theological Foundations of Law