This summer there was great attention focused on EPIC Charter Schools in Oklahoma. The mostly online alternative to the traditional government schools, undertook a massive television and radio campaign to attract students for the next school year. Perhaps to blunt the further expansion of EPIC, the education establishment leveled allegations that EPIC was embezzling state education funds based on “ghost students” and the Oklahoma State Bureau of Investigation (OSBI) was asked to launch an investigation.

EPIC’s co-founders dispute the embezzlement claims and say they will be vindicated when the investigation concludes. While the OSBI continues its investigation, the virtual charter school will continue to receive state funding. State Superintendent of Public Instruction, Joy Hofmeister, confirmed that EPIC will receive its yearly allocation of state funds.

After overcoming resistance by the state, EPIC began offering an education alternative for Oklahoma families in 2011. As the EPIC system of education grew, it became a threat to Oklahoma’s education establishment. EPIC is now ranked as the third largest school system in the state, with students spread across nearly everywhere in Oklahoma. While they offer mostly online courses, they also have physical facilities in Oklahoma City and Tulsa. In 2013, then-Governor Mary Fallin, asked the OSBI to investigate EPIC’s operations. But, accusations, annual audits, and continued scrutiny from both the OSBI and the FBI has failed to uncover any wrong doing in EPIC’s operations.

Students who have struggled in the government schools, or dropped out, have gravitated to this alternative education model. EPIC boasts that it offers the highest annual teacher salaries in the state, about $15,000 more than the regular government schools provide. Unlike the traditional government funded schools in Oklahoma, EPIC only receives the state portion of education funds, about $5,000 per student. The other government funded schools in the state also receive funds from local property taxes, along with federal funds. So, EPIC is educating students for about half the cost that the Oklahoma City or Tulsa schools spend. Since EPIC does not offer sports, band, or other activities, they provide a stipend to students to pay for those activities. They also provide a computer and in some cases internet access.

The liberal political establishment soon piled on to the attacks on EPIC. “I am very concerned about the report that Epic Charter Schools has been paying students and their families to enroll so that the school can profit from taxpayer money,” said State House Minority (Democrat) Leader Emily Virgin (D-Norman). “I am glad to see that the OSBI is taking this matter seriously. If the OSBI shows that these individuals did indeed defraud Oklahoma taxpayers, I would hope that Attorney General Mike Hunter would see past their wealth and their campaign donations and hold them accountable.”

Four Oklahoma House Democrat Representatives who were teachers before running for office, also released statements following the announcement of the OSBI investigation. “Overall, the results of this investigation saddens me,” said Rep. Trish Ranson (D-Stillwater). “When education funding has become increasingly tight over the past 10 years, the fraudulent practices of EPIC have created even more stress on our public education system. I sincerely hope that those who aimed to defraud the public will be held responsible and that restitutions will be made to our education system.”

Rep. John Waldron (D-Tulsa) said, “What do you expect to happen, when you incentivize for-profit enterprises to maximize their income at public expense?”

“10 million dollars. Stolen. The students and families of Oklahoma deserve better,” said Rep. Melissa Provenzano (D-Tulsa). “This school has consistently demonstrated questionable actions in how money is spent (most often not directly on students), financial decisions, the way attendance is calculated and their questionable record keeping.”

Rep. Jacob Rosecrants (D-Norman) said, “I believe that the practice of allowing ‘ghost students’ wasn’t something every EPIC teacher followed. I also understand why so many certified teachers decided to go the EPIC route. With that being said, with the results of an OSBI investigation showing embezzlement and the usage of ‘ghost students’ within EPIC, this is exactly why so many of us legislators, especially those of us on the common education committee, have been calling for real accountability for virtual charters. Unfortunately, I believe these findings are just the tip of the iceberg.”

It is worthy of note, that all five of these Democrat legislators earned a score of zero on the 2019 Oklahoma Conservative Index.

As the investigation proceeds, it may bring attention as to how schools receive aid through the state funding formula. Many traditional government schools across Oklahoma are receiving funding to educate similar “ghost students” who no longer attend those schools. Oklahoma law requires that state school funding be distributed based on several factors, including “the highest weighted average daily membership for the school district of the two (2) preceding school years.” The Highest Average Daily Membership (ADM) figure from prior years guarantees that schools, particularly those with declining enrollment, will receive funding for students who have transferred to other districts, graduated, or moved out of state. The argument by those who support the ADM funding formula is that schools must hire teachers and commit to other spending before they know the number of students that will ultimately be enrolled in the schools. Using the average from the prior years helps provide a steady flow of funds.

As EPIC, and the other charter schools continue to compete with the traditional government schools, look for continued attacks and perhaps efforts to change how these alternative schools are funded. 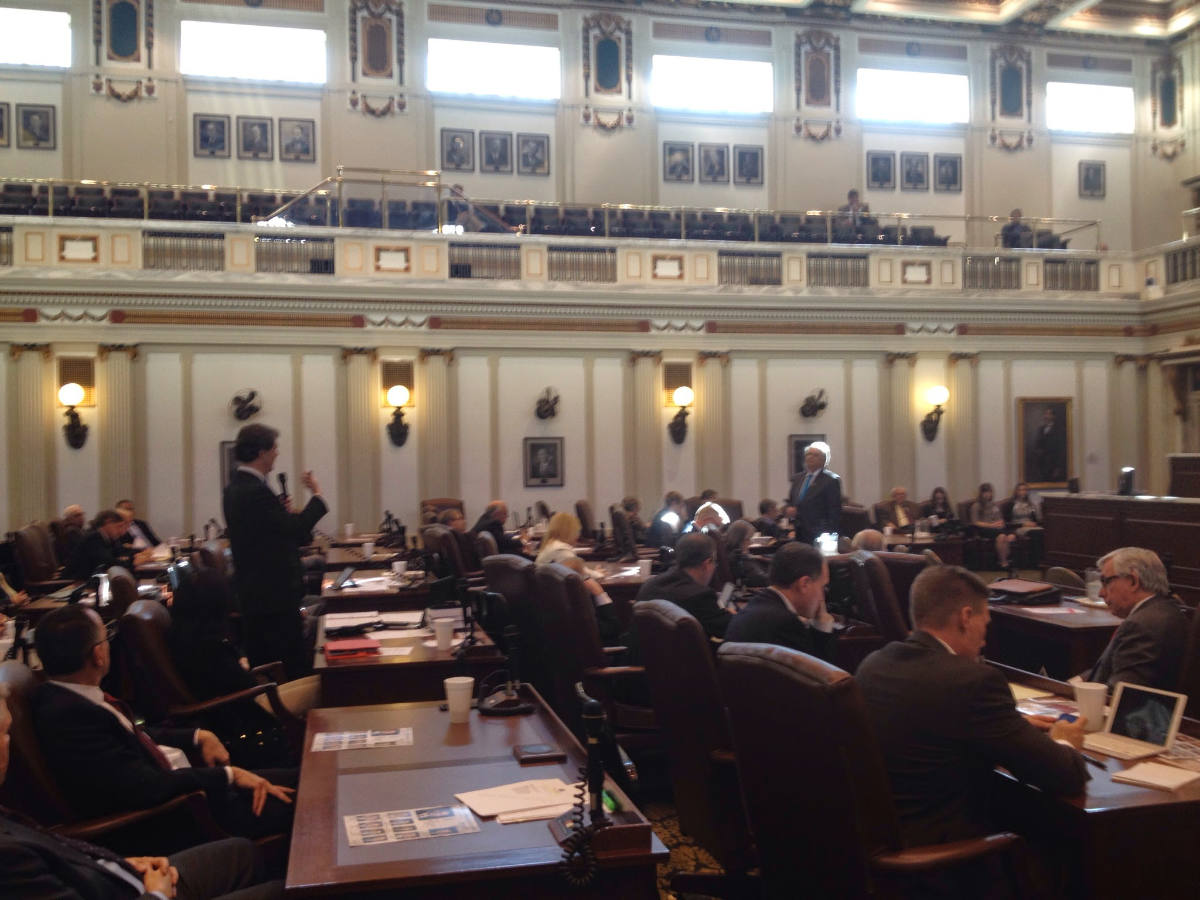